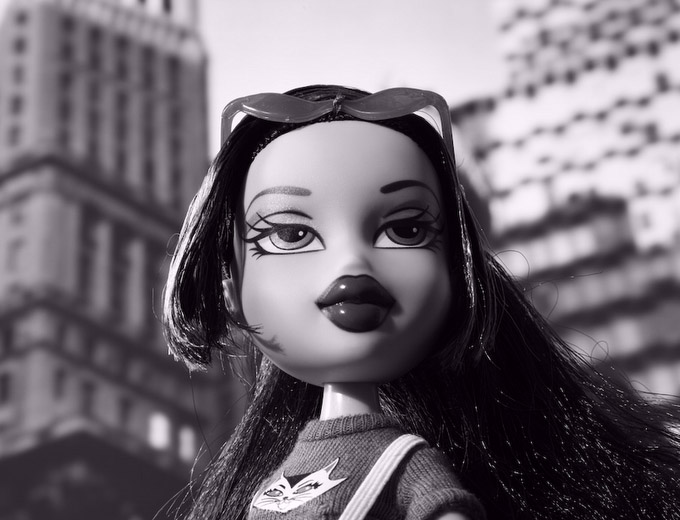 What made you think to use a “Bratz” doll to pay tribute to Cindy Sherman? The ideas and morals behind and represented by these dolls seem so contradictory to what Sherman’s photos are about that I can’t comprehend the connection. Sherman’s work always comments on gender and is focused on it, so I think I’m just a little lost on the connection.

FAKEART.DE is a photographic project by Sandra Sperhake and Dieter Hoppe. Here they let everyday-situations correspond to the works of wellknown artists - for example by pretending a pile of waste would be an installation of Anselm Kiefer. So passers-by at the location or visitors on this website might be amazed by things or constallations they did not recognize otherwise. Alternatively they create captures reflecting works of fine art.